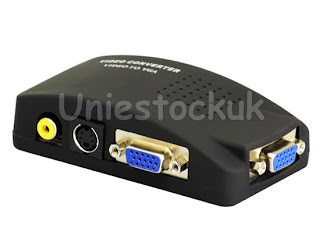 When I first connected up my Dreamcast to boot NetBSD I used a generic RCA video to VGA convertor. It cames with its own little power adaptor and the sort of multi-button UI designed by monitor engineers from the late 90's who had clearly been through a messy divorce and wanted to share those feelings with the rest of the world.

The display was faithful to what you would see on a normal video monitor - so moderately awful - and faithfully reproduced the "we'll just hide the top or bottom two lines of your console to make typing a more challenging experience" effect. Starting X was particularly visually interesting, with the root weave pattern providing a crawling sensation on the insides of your eyeballs.

When I found out that Dreamcast SD card adaptors were easily available I immediately set out to buy one, but was then tempted by a combined VGA+SD, with its promise of crisper display, and the sensual delight of potentially being able to characters on screen as you typed them.

It arrived today, and was hooked up to the DC when I arrived in the office. Build quality was... adequate for something that had been assembled from parts left lying around in a workshop. In particular the two plugs appear to have been designed by someone who once spoke to someone who had the original plug described to them over a phone... in a foreign language. They fit, but much in the same way as breaking out all of the pins in a serial cable, then individually poking them into the serial port would fit. For a moment I seriously considered turning the Dreamcast onto its front edge to gain the assistance of gravity with keeping the plugs in, but in the end resolved just not to sneeze or walk heavily near it.

As for the display... the good news is that all of the lines from the console are visible on screen, the bad news is you need to take quite a relaxed view of the word "visible" . Think "ancient TV with something significant dying inside", with a side order of "who turned the brightness all the way down and broke off the knob".

Its a little disappointing to say the least. I will have another play on Monday then quite possibly email some pictures accompanied by a light sprinkling of sarcasm to the vendor...
Posted by Unknown at 15:42